Building of the Year 2020: The Oglesby Centre at Hallé St. Peter’s

We are currently highlighting the buildings that have been shortlisted for the Greater Manchester Chamber Building of the Year Award 2020.

This time we are focusing on The Oglesby Centre at Hallé St. Peter’s. In early 2016, the Hallé Concerts Society held an RIBA design competition to choose architects for a new, purpose-built building to sit adjacent to the existing St. Peter’s building, on the footprint of a small car park. The architects were asked to consider the limitations of the building, and the opportunities the Hallé wished to create in a new space.

The winning architects, Stephenson Studio, developed architecturally exciting yet highly functional plans for the extension. HH Smith and Son was appointed as principal contractor in 2017 with work commencing in the summer. Work completed on the extension, to be known as The Oglesby Centre at Hallé St Peter’s, in tribute to and thanks for the support, advice and inspiration of Michael and Jean Oglesby and The Oglesby Charitable Trust, in November 2019.

Since opening Hallé St Peter’s in 2013, the Hallé has found itself at the centre of the redevelopment of Ancoats, acting as a cultural catalyst for the transformational changes to the residential and leisure offer in the area. Prominently placed at the north east corner of Cutting Room Square, the Hallé’s commitment to Ancoats provided commercial developers with confidence on which to base their own projects.

It was of upmost important to the Hallé that the extension of St Peter’s was a high quality, high performing building, sympathetic to the existing Grade II listed former church but bold enough to excite and inspire on its own merits.

The aim of the Building of the Year Award is to recognise a building’s contribution to Greater Manchester in terms of construction and development.

The award will be presented at the Chamber Property & Construction Awards Dinner on 14th October 2021. 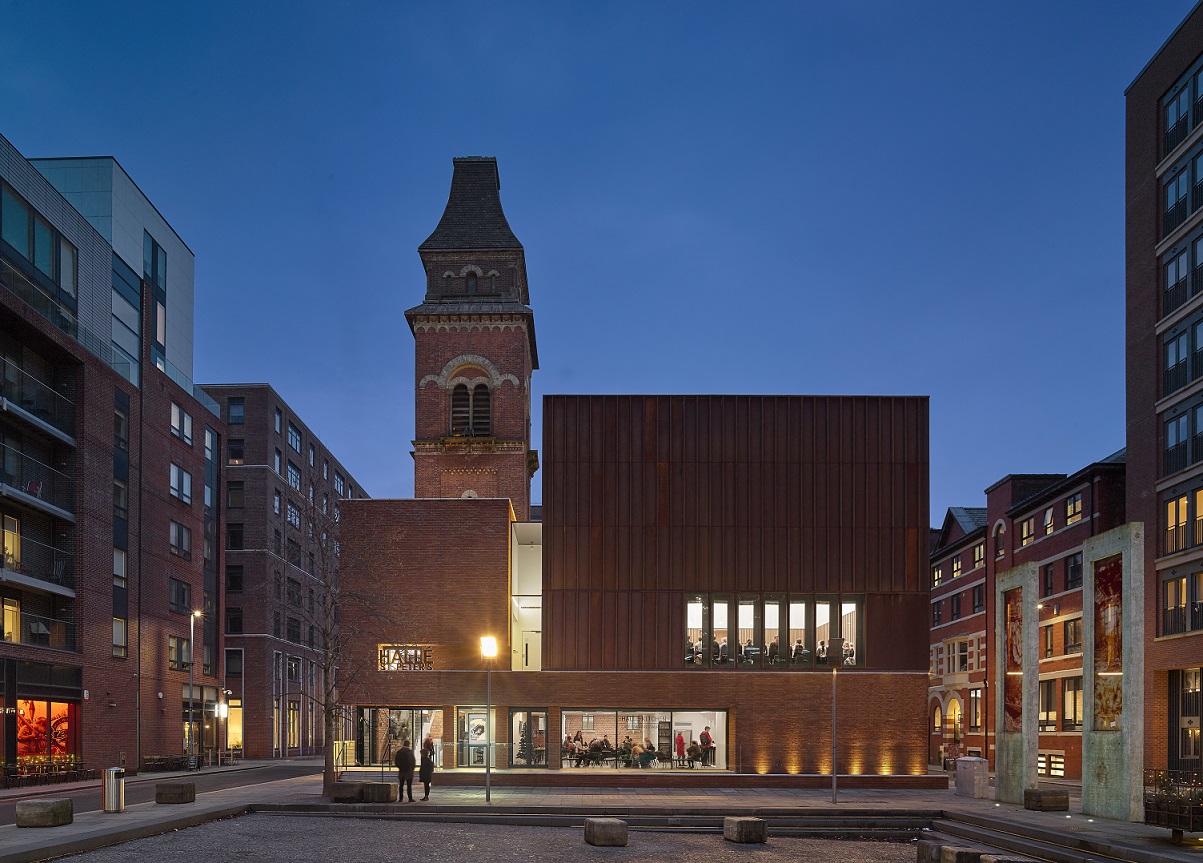