Building of the Year: Axis Tower

Over the coming weeks, we will be looking at the buildings that have been shortlisted for the Greater Manchester Chamber Building of the Year Award 2020.

This week, we are focusing on Axis Tower. Comprising 170 luxury apartments over 28 storeys, Axis is one of the most complex builds in Manchester, with almost every logistical challenge present - there were some who even said - 'it couldn’t be built.’

Axis follows several years of planning and preparation, which has seen Alliance succeed where other developers failed with an ambitious vision and a commitment to deliver the scheme despite the challenges of the highly restricted site.

Axis is a complex feat of engineering. Springing from a tiny triangular site, the development stands on a constrained 761 sq metre wedge-shaped footprint on the bank of the Rochdale Canal at the eastern end of Deansgate Locks, between Manchester Central and First Street.

Thanks to a series of concrete raking columns, the building cantilevers over the canal enabling it to increase its footprint from 300 sqm on the bank to 500 sqm on the upper floors by transferring the load down to the foundations. Designed to appear as if they ‘clasp’ the building above, the columns provide an impressive reception entrance as well as structurally supporting the building from the second floor right up to the roof.

Externally, the tower is clad with 2,200 angular glazed panels. The metallic black, silver and bronze sections of these dichromatic panels shimmer in the sunlight and appear to subtly change the colour of the building’s façade, which also holds the city centre’s largest billboard.

Access to the building is via a new bridge over the canal, leading to a double height reception space, defined by a single cruciform concrete column.

The building’s height (92.6m from the lower ground level) represents the limits of engineering achievable from the site.

Internally, apartments offer one, two and three bedrooms with a variety of en-suite and family bathroom configurations as well as an open- plan galley kitchen/living room. At the top of the building is Manchester’s largest lateral penthouse.

Tenant comfort is a priority and that’s reflected in the scheme’s clever design which maximises the use of space in each apartment. This is complemented by the use of extensive, large-format glazing providing uninterrupted 360 ° views across the city, out to the peaks, the quays and beyond.

Furthermore, each apartment features electric opening panels that create natural ventilation, and homes in the east side of the building have full height sliding doors allowing air to freely circulate.

The aim of the Building of the Year Award is to recognise a building’s contribution to Greater Manchester in terms of construction and development.

The award will be presented at the Chamber Property & Construction Awards Dinner on 14th October 2021. 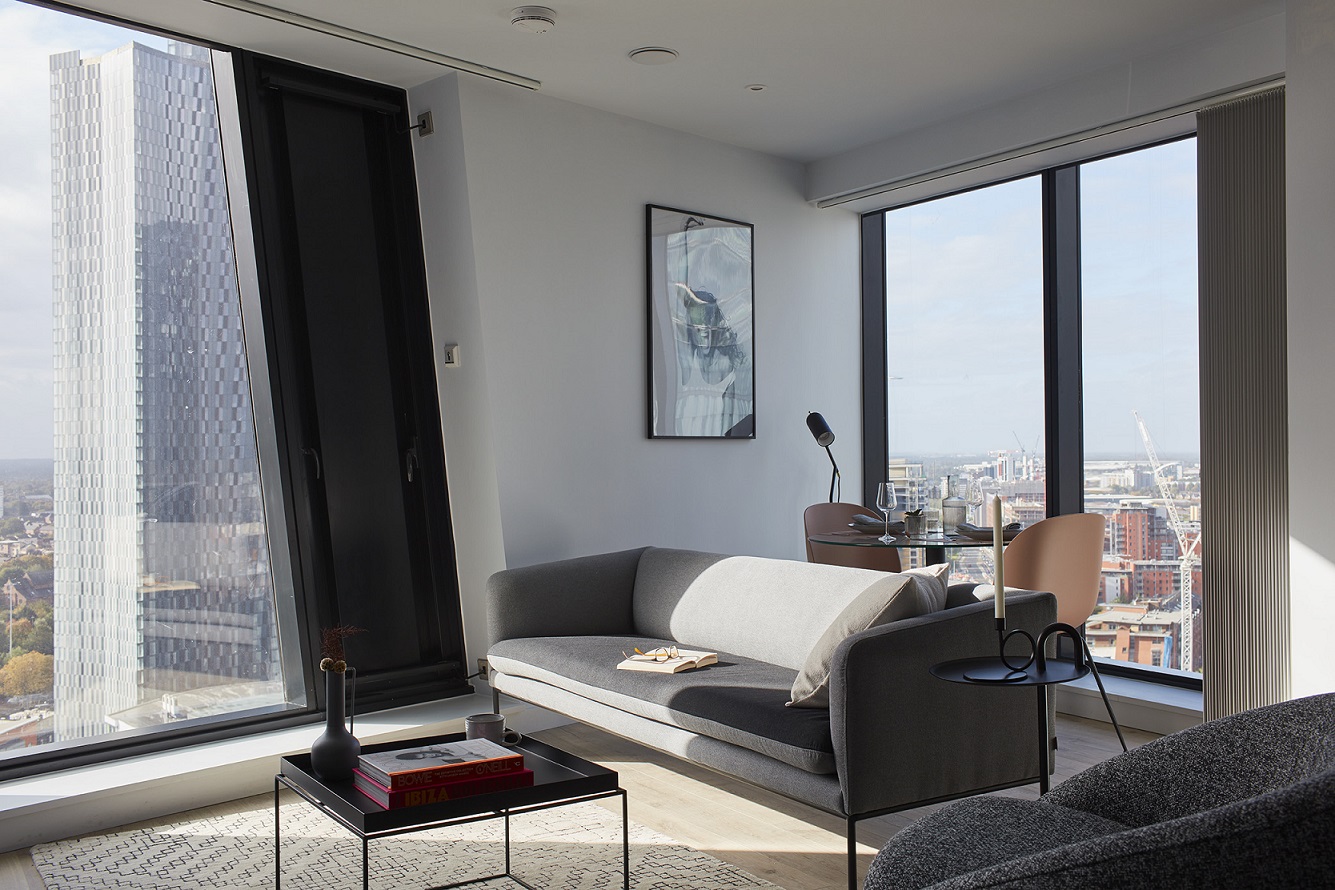