Chamber hosts meeting with Secretary of State for Transport

The Secretary of State for Transport, Grant Shapps, met business and political leaders from across the North and Midlands at Greater Manchester Chamber this morning (12th February).

Following on from yesterday’s news that the Government was backing HS2, the meeting focused on the benefits high-speed rail would bring and the transport priorities of regional cities including Manchester, Liverpool and Birmingham.

Northern Powerhouse Rail, the Ordsall Chord and faster links to Liverpool and Leeds were some of the main issues raised by those representing Manchester. Greater Manchester Chamber highlighted the importance of delivering the full Castlefield Corridor plan to relieve congestion in Piccadilly and reduce delays elsewhere. The importance of Manchester Airport and international connectivity was also discussed.

The strategic importance of Liverpool as a port for UK trade post-Brexit was emphasised, in particular the need for rail infrastructure to allow freight to be carried by train. This move to send more freight by rail would also bring environmental benefits as fewer goods would need to go by road.

Birmingham was said to be already feeling the benefits of HS2 in terms of investment, but concerns were raised that other Midlands cities had not been mentioned in yesterday’s announcement. There was also discussion about the need for better rail connections to Yorkshire cities such as Leeds, Bradford and York.

On the issue of skills, it was pointed out that the timeline for building HS2 needed to be made clear, so that industry could recruit the skilled people needed to complete the project. Opportunities for businesses to be involved in the HS2 supply chain were also made clear.

In summing up the issues discussed during the meeting, the Secretary of State emphasised the environmental benefits of rail compared with road and air travel. He also said that, along with rail investment, the Government wanted to improve bus services with better vehicles that were punctual, affordable and offered contactless payment.

Route consultation on the new Manchester – Leeds line is due to begin soon and businesses should be involved. 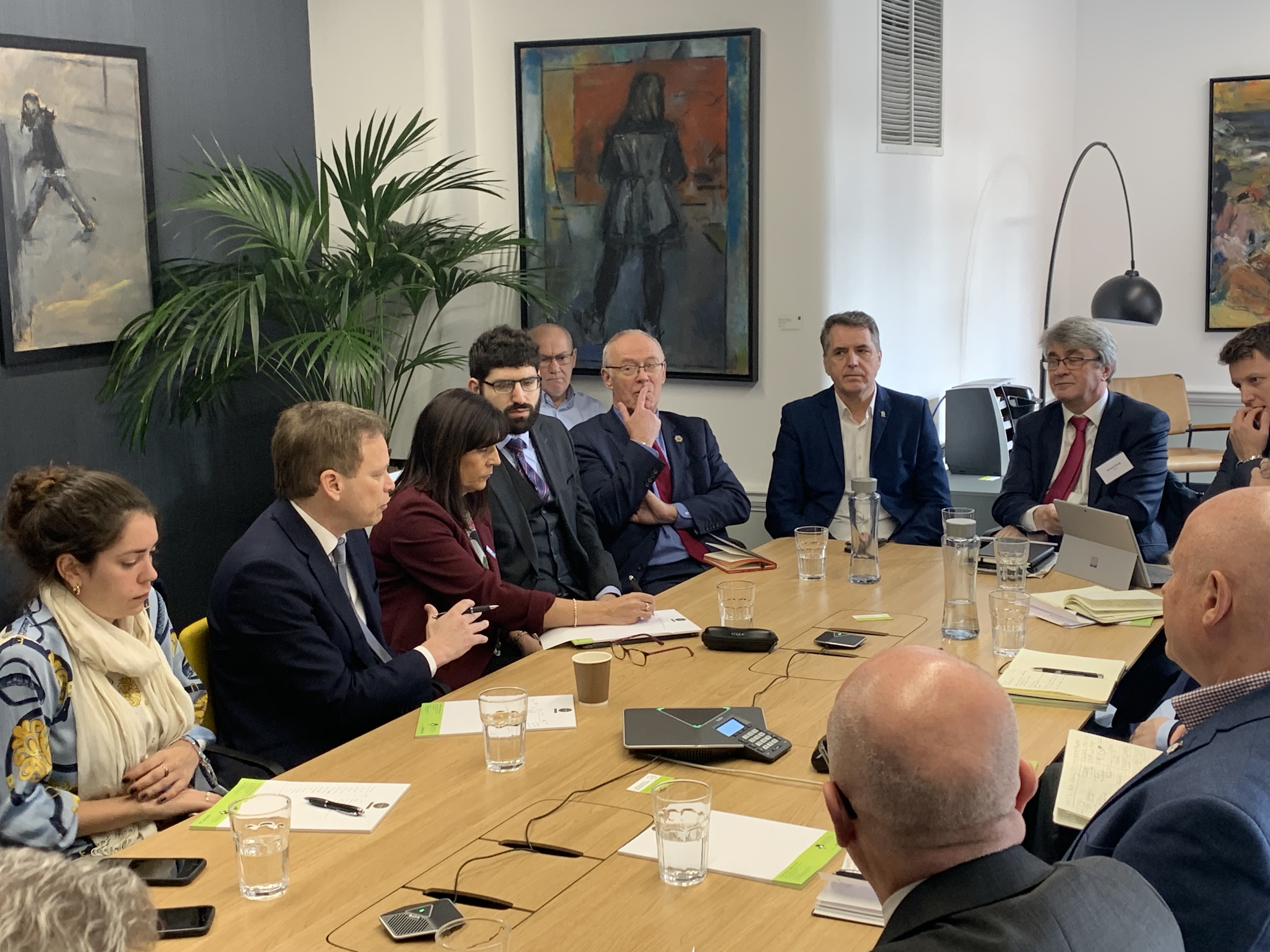