Greater Manchester Chamber of Commerce has signed a Partnership Agreement with the Federation of Pakistan Chambers of Commerce & Industry (FPCCI) to improve trade and investment links.

The agreement commits both sides to specific objectives to promote and encourage business, trade and investment, including modernising trade marketing practices, increasing bilateral trade and accelerating the pace of bilateral investments and new ventures.

The signing of the agreement comes as businesses in Greater Manchester look for new post-Brexit trade opportunities around the world.

During the meeting, speakers highlighted existing trade and investment links, as well as the strong cultural ties through the British-Asian communities in the North West, but they also stressed that there were many more opportunities to expand business between the two countries.

The president of FPCCI, Nasser Hayat Maggo, expressed his earnest desire to strengthen business and trade relationships between Pakistan and the UK through such decisive and transformational agreements and collaborative endeavours.

Clive Memmott, Chief Executive of Greater Manchester Chamber of Commerce, said: “I’m delighted to have signed this agreement with the Federation of Pakistan Chambers of Commerce & Industry. It will build on the strong ties Greater Manchester already has with Pakistan and encourage more local companies to do business there.

“However, this agreement is not just about trade and investment opportunities, but also lobbying to remove obstacles to trade, which is key in the Post-Brexit world.”

One of the first steps in the new partnership between Greater Manchester Chamber and FPCCI will be in a joint event to be held 19th May. If you would like more information on this event or about trade opportunities in Pakistan, please email exportbritain@gmchamber.co.uk. 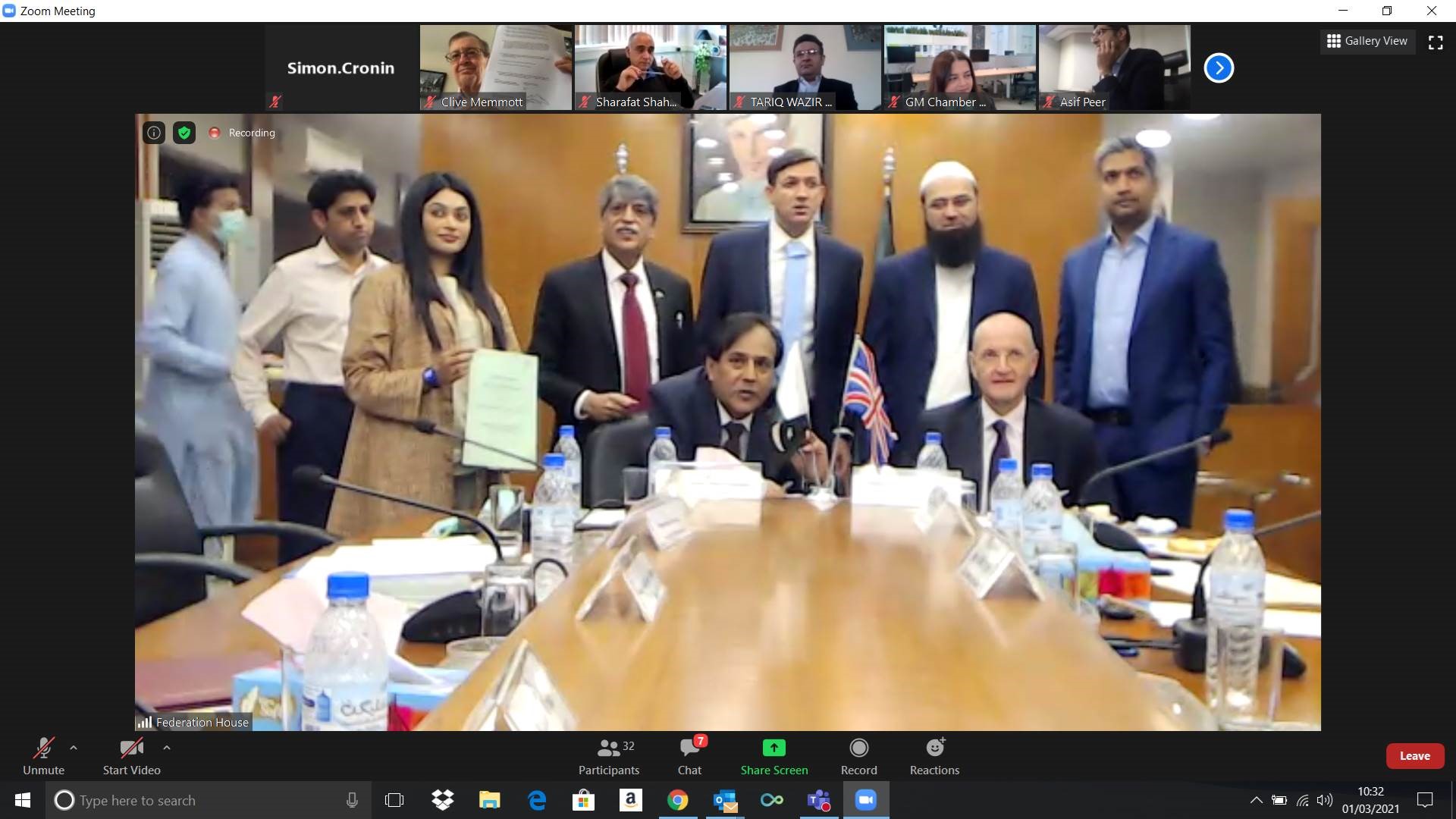