Esprit Welcomes Three Large Ships Into the Heart of Manchester

Over the last two weeks, Esprit’s Trafford Docks in Manchester has welcomed three large ships bringing oversize overweight project freight up the Manchester Ship Canal from destinations such as Croatia and Germany.

In late May, the m/v Hendrik S (pictured) brought three large 35 tonne silos from Rotterdam into the heart of Manchester, via the Manchester Ship Canal. These were fabricated in Germany, destined for the Heineken factory in central Manchester. The massive silos left Esprit’s Trafford Docks, one each night at 1am, escorted by four Greater Manchester Police bikes and traffic car plus a wide load support vehicle. The four mile journeys each took two hours, often travelling on the wrong side of dual carriageways in order to negotiate roundabouts and tight bends. Tram lines had to be lifted by TfGM and street furniture temporarily removed by Trafford Council.

In early June, the m/v Eems Transporter brought another four silos into Trafford Park, again all destined for the Heineken site. Another three nights of police escorts and great teamwork from Sarens Cranes, Finnie Heavy Haulage, Greater Manchester Police, KeolisMetrolink, TfGM and Heineken, all under the management of Park Project Freight, saw everything again delivered safely and on time without causing any traffic disruption.

Immediately after the Eems Transporter left berth, the m/v Hendrik S returned to Esprit’s Trafford Docks, this time carrying a 128.5 tonne electricity transformer. The transformer started its journey in Croatia as part of a larger consignment of transformers and equipment aboard the m/v Eems Servant. This transformer was then transhipped onto the Hendrik S in Liverpool for the final leg up the Manchester Ship Canal to Trafford Park. Colletts Heavy Haulage were entrusted with project managing the big lift, using a 550 tonne strut-jib crane from Ainscough Cranes, and transport to a site in Rochdale. This time the final leg of the journey by road left Trafford Park at 6am on Sunday morning, requiring five GM Police bikes and a traffic car plus a wide load support vehicle, travelling at 10mph for the short trip via the M60, M66, through Bury & into a particularly tight access site in Rochdale.

Graham Dixon, Managing Director of Esprit Group Ltd, said: "Had these huge oversize and overweight cargos needed to travel to Manchester by road from a coastal port, the traffic chaos and congestion would have been immense. Thanks to companies such as Heineken recognising the great asset we have with the Manchester Ship Canal and choosing this as their preferred method of bringing oversize freight into Manchester, serious congestion was avoided and the much greener alternative was used.

"It’s vital we continue to use the Manchester Ship Canal as much as possible to ensure it remains open for freight. Esprit Warehousing & Docks, who operate the Trafford Docks in Manchester, and the canal owners Peel Ports are working closely together to identify new business opportunities for freight on the canal. So it’s fantastic to see this hard work from both companies bearing fruit more and more." 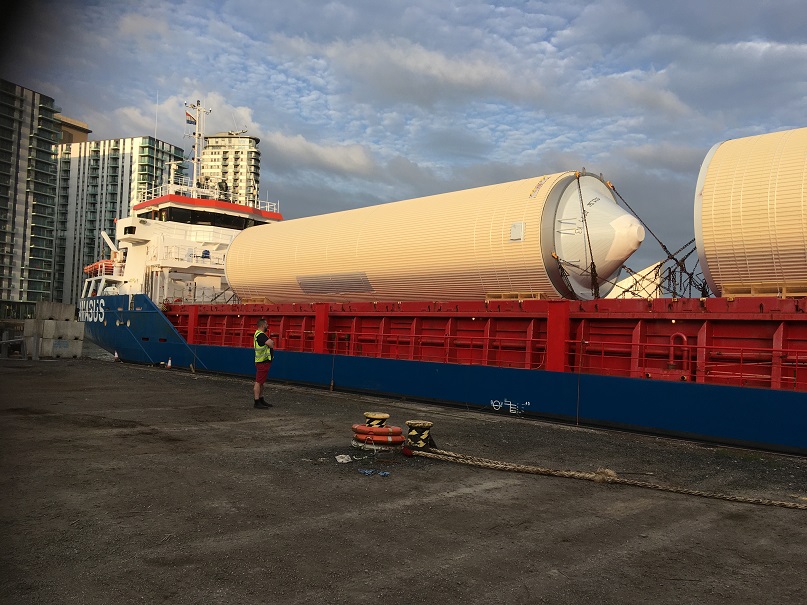