Following the Chancellor's Budget speech, Subrahmaniam Krishnan-Harihara, Head of Research at Greater Manchester Chamber of Commerce, provides an overview of the main announcements.

The Chancellor, Rishi Sunak, presented his first Budget earlier this afternoon and set the path for the largest rise in public borrowing in 30 years. This Budget ushers in the post-austerity age and increased public borrowing for enhanced investment in infrastructure and innovation.

Expectations from any Budget are high but the stakes were particularly high for this one given the current climate, which is dominated by concerns around the health and economic impact of Covid-19, the need for significant progress in the UK’s trade negotiations with the EU and critical requirement to focus on the domestic agenda, largely perceived to have been put on the backburner over the last 36 months.

So when he stood up to deliver the first Budget speech of this Conservative majority government, the Chancellor would have been under pressure – a new Chancellor barely a month in the job and facing calls to announce substantial measures such as providing additional funding for the NHS to fight the impact of Covid-19, to make improvements to infrastructure, business rates reforms and most importantly, sufficient funding to kickstart the “levelling up” agenda announced by the Conservatives in their election manifesto and reiterated numerous times by the Prime Minister and others since the election victory.

The signalling prior to the Budget was clear: there would be a series of measures to boost investment and demand. Earlier the Bank of England’s Monetary Policy Committee held an emergency meeting, which announced a package of measures including a 0.5% cut to interest rates bringing the base rate down to 0.25%. Although the cut in interest rates and supporting bank lending will not directly address the sharp reduction in consumer demand or disruptions to supply chain, it set the scene for the Chancellor to initiate a loosening of fiscal rules to unleash an “infrastructure revolution” and fund a series of other measures that could have “maximum impact” on the UK economy.

Headlined by a £30 billion response to coronavirus comprising additional funding for NHS, extending Statutory Sick Pay for employees who are self-isolating and a measure that has business impact: refunding SSP payments for businesses with less than 250 employees.

Of interest to Chamber members would be an issue that the Chamber has been lobbying for a long time – business rates. Although the Chancellor confirmed continuation of business rates retention in devolved areas and an expected review of business rates to be concluded by the Autumn Budget, key business rates related announcements in the Budget were part of the “temporary, timely and targeted” set of measures forming part of the UK’s response to Covid-19. These include:

Overall, these measures may provide temporary respite to sectors particularly affected by coronavirus but long term “levelling-up” requires consideration of local needs on transportation and improving access to labour markets. On infrastructure, the Chancellor had previously announced £5 billion for extending gigabit capable ethernet to most parts of the UK and £1 billion for addressing mobile not-spots. In total, the Chancellor has committed to £600 billion in infrastructure spending but details are yet unavailable of where this spending will go and indeed, whether it is inclusive of or additional to the £100 billion for HS2 and £6 billion to the Manchester – Leeds segment of Northern Powerhouse Rail. We expect the National Infrastructure Strategy due to be published later this year to set out the details of infrastructure spending.

The Chancellor announced the second Road Investment Strategy (RIS2) with allocated spend of over £27 billion between 2020 and 2025 and a total £4.2billion from 2022-23 for five-year funding settlements for eight Mayoral Combined Authorities. There is funding from this pot for Greater Manchester to start a tram-train pilot.

The macroeconomic headwinds for this Budget and the commitments therein are strong. The challenge for the Chancellor would have been to achieve funding commitments without giving rise to accusations of fiscal imprudence. But there can be no doubt that the UK needs a significant amount of investment in transport, in rebalancing the economy, for transitioning towards carbon neutrality and in achieving global leadership in R&D. Without that investment, the UK’s fragile economic growth could falter and cause serious churn for some sectors. On that score, the Budget could be a starting point to “rebuilding Britain”. However, those expecting further clarity on this Government’s long-term plans for “levelling up” the UK would have been disappointed - although there was a string of funding pledges, the details are not available. This was one of the concerns we had about the Conservative manifesto and we have the same concern now. 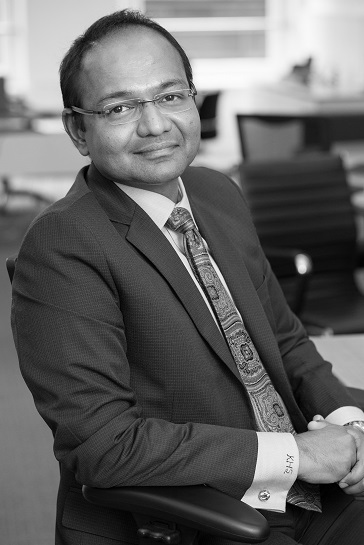